Using the Power of Belief in your Business

Home > Business Basics  > Using the Power of Belief in your Business

27 Jan Using the Power of Belief in your Business

I remember a time during my teenage years when I was on surf patrol. This was a large part of my life as a young man because growing up on the beach was an integral part of my lifestyle just as it had been for my father, and his father before him.

This particular day however stood out, for two reasons; 1 – it was Boxing Day and the beach was absolutely packed, and 2 – the surf was massively HUGE (in truth the beach shouldn’t have even been open). However, being the day after Christmas, every Tom, Dick, Harry and his dog were out in the water; we felt it would be best if we could at least coral them into one single area. To top things off, it was pouring down rain and visibility was limited to about 100 meters.

As we sat huddled in our shelter I noticed on the far side of the beach some idiot heading for the water with his ‘flippers’ in hand. He was nowhere near the flagged area and a good 2 minute run from the lifeguard beach hut. The surf was pounding at about 2.5 metres, dumping directly onto a sand back roughly 400m off the beach; and this nutter was a good 600m from the flagged ‘safe area’.

Before he hit the water we (myself and the other lifeguards) were heading for our rescue gear. By the time we hit the water he had already been dragged half a kilometer offshore and was heading directly for the rock-face. Rarely did I feel fear when I was in the surf, but this day was one of them – NONE of us should have been in the water.

Through out the course of the next 20 minutes I pulled both him and two of the other lifeguards out of the water; like I said, no-one should have been in the water that day.

In the final scheme of things I look back on that day as the only day where I ever had to save someone from a genuine life threatening situation; but it wasn’t ‘me’, it was something beyond me that allowed it to happen. I was just as terrified as everyone else, but deep within it was like ‘someone else’ took over and directed me.

That ‘someone’ I learned later was “belief’.

Never underestimate the power of belief in your life! 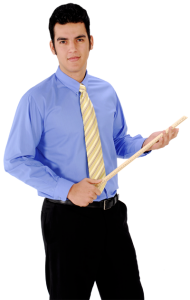 Yes, I did what I had to do to ‘get the job done’ and deep within me I found a purpose that most probably saved not only my life, but the lives of these whom I rescued as well. That ‘belief’ when combined with my physical ability enabled me to do something that was far beyond my usual capabilities.

That alone is an interesting thought worth considering.

Recently as I was watching the men’s final of the Brisbane International Tennis tournament (great match btw), and about half way through the ‘underdog’ started to enjoy a comeback. He was one set down, and down 4-0 in the second. Then however, something changed – he won the next 5 games straight!

And that’s when everything changed. Listening also to the commentary I heard the announcer say, “He’s got the single most important ingredient – he believes he can win.” And that one thing alone allowed him to come from a position well done to a place of being just a few points away from winning.

Did he win? No. But that’s not the point. His ‘belief’ that he *could* win allowed him to extend his performance well beyond his actual capabilities.

But this is not new – we’ve heard about it for years now how people have done extraordinary things in times of task and pressure; not only physical things, but mental as well.

The real question is in life however, how can we apply this to our ‘everyday’ situation and not have to wait till be are under extended pressure?

I want to teach you a new phrase… it’s a phrase that you’ll need to consider and give thought to for as long as it takes until you can believe it. Simply, it is this – “If someone else can learn to do a thing… so can I.”

That’s it, pure and simple. That one phrase alone can create true belief. “If someone else can learn to *do* a thing… so can I.”

Because whether you choose to accept it or not, this is one of life’s TRUTHS – If someone else can learn to do *a thing*… so can you!