How To Improve Your Website Copywriting And Make More Money Online

Posted at 09:00h in Website Design by Paul Barrs

Ever wanted to know how to get more people to buy more product from you? OK, other than the obvious ‘get more traffic’? Yep, sales copy! It’s the words on your page that weave the magic and create the dream and desire within your prospective customer that makes the difference; in fact I would say… the BIGGEST difference.

So you’re left with two choices… (1) G hire yourself a copywriter at a cost of probably $5,000 + for a good one, or (2) LEARN more about the art of copywriting yourself.

However, you should understand this… copywriting *is* an art, it’s not something to be learnt on a whim, it can take MONTHS to learn it… but once you have, the world will be at your feet!

Here’s a neat list I found of some of the best copywriting books of all time. Want to learn copywriting… forget about the expensive four and five-figure “copywriting courses”… invest a few hundred bucks and start here.

“How to Write a Good Advertisement” Schwab

“How to Write Sales Letters That Sell” Drayton Bird

“How To Write A Good Advertisement” by Vic Schwab

“The Lazy Man’s Way to Riches” by Joe Karbo

“7-Steps To Freedom” by Ben Suarez

“On Writing” by Stephen King

“Advertising Secrets of The Written Word” by Joe Sugarman

“The Architecture of Persuasion” by Michael Masterson

“Influence: The Psychology of Persuasion” by Robert Cialdini

“The Elements of Copywriting” by Gary Blake and Robert Bly

“Write to sell ” by Andy Maslen

“How To Make Your Advertising Make Money” by John Caples

“The Copywriters Handbook” by Bob Bly

“Magic Words That Bring You Riches” by Ted Nicholas

“My First 50 Years in Advertising” by Maxwell Sackheim

“How To Write Advertising That Sells” by Clyde Bedell

“Ads That Sell” by Bob Bly

“How To Write A Good Advertisement” by Victor Schwab

“Advertising Headlines That Make You Rich” by David Garfinkle

“My Life In Advertising” by Claude Hopkins 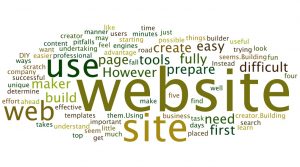 “The Wizard of Ads” trilogy by Roy H. Williams

“How to Write Sales Letters that Sell” by Drayton Bird

“The Lazy Man’s Way to Riches” by Joe Karbo

“Techniques of Propaganda and Persuasion” by Magedah E. Shabo

“Winning Website Sales Letters: How To Create An Opening That Pulls Prospects In… A Message That Sells Them… And An Offer They Simply Can’t Refuse!” by Robert Boduch

Get yourself on a comfy lounge and get reading; these are the best copywriting books of all time.