How to Manage Your Mindset

Home > Business Basics  > How to Manage Your Mindset 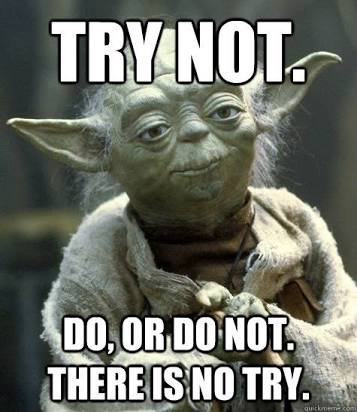 06 Apr How to Manage Your Mindset

(This article is also available as an MP3 podcast… see below)

How to Manage Your Mindset
By Paul Barrs

Watching some tennis overnight I found it compelling viewing as one of the up-and-coming young players begin to chop away at a more experienced veteran and former world number one player half way through the match.

As they came to a headway; the younger player seemed to be more at ease than his rival and was leading, with 3 set-points to his advantage.

If you know anything about tennis, then you’ll know that coming back from 3 set-points down is extremely difficult. But in this case, the older more experienced former number one had something that the younger player didn’t –

The right kind of self-talk.

Now here’s the thing, I’m only assuming from watching that this is the way it went down; but as the younger player held the opportunity to take the set with just one more strike he seemed to “freeze up”. In sport, that’s a term for the tightening up of the muscles. From one moment to the next he was loose, flowing and relaxed to… not being able to hit a ball in the right direction.

He was just one point away from claiming a vital set that would have put him in the driver’s seat. Instead, he lost the next 3 service points with double faults and lost the next 8 points all in a row.

He lost the set and went on to lose the match.

Did the weather conditions change? No. Did the balls or courts change? No. His racquets, clothes, water…? No.

But he’s not the only one who does this. In the sporting world it’s not uncommon to see someone in match-winning form one moment turn to not being able to do a single thing right in just a few moments. It begins when they hit a wall; then, after their first failure to climb that wall, they start to doubt ourselves. After a few more failed attempts, all their training seems to count for nought – as everything falls apart.

In business, we do it too.

Have you ever failed at something you’ve been trying to do? Have you ever seen someone else spring off from the starting blocks to achieve incredible success while you are left at the starting line wondering why your product launch went no-where.

I have. In fact it happens more often then you’d imagine. And without doubt, each time it happens I find myself struggling wondering, “What the hell am I doing wrong?”

The thing is, it may not *be* that I’ve done something “wrong”, it may just be that *it* didn’t work that time. Sometimes that happens. My mindset determines what happens next.

I’ve asked this question before, “How is it that two different people can do the same training program, do the same ‘things’, but get two completely different results from the same actions?”

What happens next is determined by your mindset. 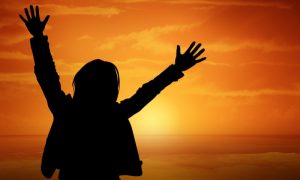 I believe that long-term success (lifelong success) goes hand-in-hand with long term failure. I don’t believe that you can have one without the other. They compliment each other; they work together in a careful balance that makes the whole experience. They are, simply put, part of life.

And that’s when you begin to “freeze up”. Be it in sport or in business, no one can operate at a highly effective level if they’re feeling negative towards the task at hand. It’s physically and mentally impossible.

In sport we’ve known this for years, the most effective sports person is the one who is relaxed in their mind and focused on the positive outcome. In business it’s the same.

The more times you think about (focus on, question, wonder about) the negative, the less relaxed, focused and productive you become. It’s a proven psychological fact. Negative thoughts affect more than just the outcome of the thing at hand; they affect your concentration levels, your emotions, your relationships, your clarity… your *everything*.

So next time you hit that “wall” and meet your old nemesis “failure” (the word we use when something didn’t work out the way we want it to), receive it as just “something that happened”. Accept that it in itself is neither good nor bad; it’s just a thing that happened.

If action needs to be taken to improve upon it, do so. If you’re feeling anxious and perhaps somewhat frustrated because you didn’t receive your desired outcome in what you were trying to do, no problem, set aside your ‘evaluation’ of the event for 24 hours – go do something else and come back tomorrow with a clear mind.

Remember… you cannot operate at capacity if you are feeling negative (I’ve failed, it failed, why doesn’t won’t it work etc). These types of thought can (and will) destroy your business if you let them in.

Just as they could make you lose the match, even though nothing has changed.